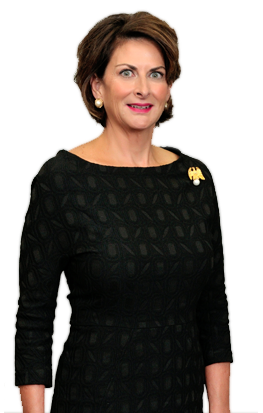 Understanding how government functions has always interested Kelley Abell. Over the course of her career, she has met and worked with industry leaders and government officials in the Executive and Legislative branches of federal, state and local governments. She has a keenly honed understanding and appreciation of the role of government in economic development, business and public affairs.

During her 25-year career, she has successfully led projects to increase provider rates, leverage federal funding, fund new projects and change the U.S. Tax Code. She has also worked collaboratively with industries on regulatory reform.

She has served on a number of boards including The Morton Center and The Healing Place, which are focused on recovery from addiction.  She was the first female and first non-physician Board Chairman of The Healing Place, serving as Chairman during the expansion of the women’s campus. In addition, she has held several leadership roles with state and national associations on behalf of clients.

Kelley attended the American University in Washington, DC and the University of Louisville, graduating with a degree in Communications and a minor in Economics. She and her husband, David L. Huber, share two daughters, two sons-in-law, three grandchildren and one demanding black Lab, Nora Lea.